The Labour Party under Jeremy Corbyn has Theresa May’s Tories on the ropes. It is unlikely she will be able to hold on to power for long as she tries to patch together a deal with the DUP while facing mounting criticism from the media and her own party. However, the Labour Party must not take the situation for granted.

The result of the 8 June General Election is very similar to what happened in December 1923 and the signs do not augur well if this comparison sticks.

In December 1923 – as now – the Conservatives were the largest party but unable to form a majority government. The Tory Prime Minister, Stanley Baldwin, managed to hang on for a month or so but eventually lost a vote of confidence that led to Ramsay MacDonald being asked to form a minority government in January 1924.

This was the first ever Labour government and – then as now – the media and their allies in the Tory party were quick to paint it as the beginning of the end.

At the time, Winston Churchill said: “The enthronement in office of a Socialist Government will be a serious national misfortune such as has usually befallen great states only on the morrow of defeat in war.”

Because Labour did not have a majority and was dependent on support from the Liberals, its time in government was very short – only 266 days. This meant that little of the Labour Party programme was able to be enacted. The government’s main achievement was the Housing Act, which allowed for more local authority housing, before the Liberals called an end to their deal and a new General Election was called in October 1924.

Before the October 1924 election, Labour was under intense scrutiny from the media and a forged letter (the ‘Zinoviev letter’) was ‘found’ that showed links between the Labour government and the Communist Party in Russia. This is the kind of dirty trick that we are so familiar with, however the main reason Labour lost the October 1924 election was it didn’t seem to be a competent government.

Labour’s competence in 1924 was not helped by such matters as Ramsay MacDonald being both Prime Minister and Foreign Secretary, but the main part of the problem was that the government had its hands tied behind its back because of its minority government status.

Any government with no clear mandate and under intense scrutiny will struggle.

The lesson to learn from 1924 is that any Labour government – but especially a radical one – will struggle to get things done unless it forms a majority government.

While the successes of 8 June had a lot to do with Labour’s positive campaign: the manifesto, large public rallies and the popularity of our leader, it cannot be denied that the Conservatives were very poor. 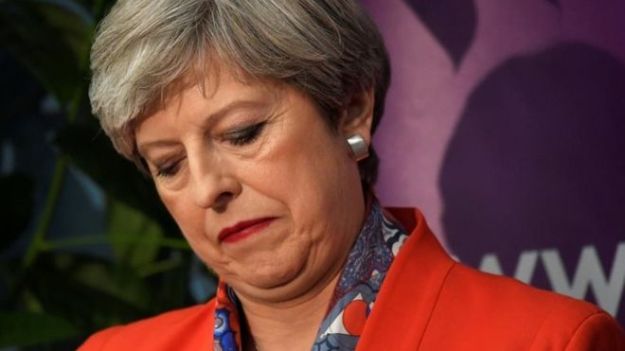 It’s almost impossible to imagine the Conservatives will not improve in the next election so Labour must up its game.

The party machine, starting with Iain McNicol, must work to create an engine for a membership of one million people that will keep them energised, enthusiastic and active. Campaigning at a local level must be encouraged, the selection process for seats must be opened up and there must we must always be on election alert.

If the party apparatus is unable to bring this change then there must be a clear out.

It would be a tragedy if all the hard work put in by activists to support Jeremy Corbyn were to end up with a scenario like 1924 – we need a majority government that can put into practice the policies this country needs so badly.